Here are practical tips, expert advice and resources to help you equip teens with the tools they need to make safer choices about who they casually date or interact with romantically online.

When it comes to the world of online dating, I think parents, understandably, feel quite concerned.

It’s probably not something that they did themselves.

So there are a few tips that can really help your kid.

I think firstly it’s important to discuss the dangers of online dating and grooming. So the idea of: do you know who you’re speaking to?

What are the safety measures that you take when you meet someone that you’ve been speaking to online?

How safe can you feel sending things online to someone who is a stranger, who you don’t know?

Really discussing not just the possibilities of meeting people online, but what the pitfalls are and how to deal with those.

Secondly, it’s important to teach them how to keep their identity safe.

When you meet someone right away you’re not going to give them a bunch of information about yourself, right?

You do that slowly and gradually as you feel more confident and comfortable.

Likewise, you need to speak to them about doing this online. While it’s fine to text in the privacy of your own home,

the idea of letting out too much information too quickly is something that you really should alert your kids to.

Deal with awkwardness. You have to discuss the topics that might make you feel uncomfortable.

We know that, with the online world, sex is not something that’s just offline, so a lot of young people will send pictures or explicit texts.

Talk to them about what they need to think about before they do this, and as awkward as it may feel,

it’s really important to set aside the time to talk to your kids about this.

It’s the same thing as when we speak about pornography: you want to speak to your child before a pornographer does.

When it comes to online dating as well, the idea that you have an understanding not just of what it feels like to like someone and want to connect with them,

but you understand the importance of doing this safely is something that’s really important for you to get on top of with your kids.

If your teen is already dating offline, talk to them about online dating.

It may be that for some kids they’ve met someone at school and they’re dating offline but they’re kind of moving into online and connecting and that’s fine,

but it’s really important to get an idea of: do they feel safe doing it? Do they have any concerns?

And the important thing here as well is that you need to trust your kids.

You’re not going to go on a date with them offline,

so by the same token you don’t want to be over their shoulder online.

This is more about having that discussion kind of removed. Getting to think critically about what they’re doing and why they’re doing it.

I think it’s vital that you establish safety rules about what is shared online.

It’s really easy to say ‘Be safe’ but what does that mean?

Get them to think about sharing everything from their address or passwords to even photos that they might not want to have out there.

Get them to think about why they shouldn’t do it and what they can do instead.

You want to respect your teen’s space as well, so while you’re going to want to protect them from everything,

the reality is that the best thing you can do for them is alert them to the things they need to be careful of,

make sure they know that they can come to you and then take a step back and let them have these relationships and experiences,

but feel able to come to you and discuss.

Another really important thing that you should touch on is: what does a healthy relationship look like?

These are young people trying to figure that out so speaking about things like respect and boundaries, both offline and online, is key.

getting them to think about how to say no when things feel uncomfortable.

These things are critical, and I think this is one of those places that, both on the offline and online world, is fundamental to having a healthy relationship.

You need to help your kids set up safe privacy settings. Again, for a lot of us technology feels daunting and scary,

but there is a lot of advice on how to do this, to ensure that not everyone knows where they are, with the location services.

Making sure those are off, making sure the things are set up so that other people can’t access information about them that they wouldn’t want them to access.

Have these discussions and have them early on, and then have them consistently.

Advice from our expert panel

Apps and sites parents should know

Help from other organisations

What should parents know about teens and online dating? Advice from our expert panel

As online dating has become the new normal for adults, we ask our experts to shed a light on how this phenomenon is affecting teens and what parents can do to keep them safe.

See advice on a range of online issues that your child may face when online dating to help them be vigilant and make smarter choices. 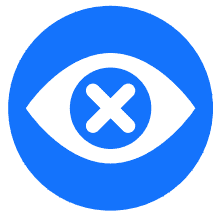 Help from other organisations

Here is a list of organisations where you can learn more about how to protect your teen from the potential risks when it comes to dating someone online.

Barnardos – protecting, supporting and nurturing the UK’s most vulnerable children.

Think U Know – an education programme from the National Crime Agency’s CEOP Command. #AskTheAwkward from Thinkuknow and National Crime Agency’s CEOP helps parents and carers start those awkward conversations around relationships and sex.

Online message boards for those aged 12-25 to ask questions and get support.

Most of these free dating or ‘meet up’ websites or apps allow users to quickly see images of potential local romantic or sexual partners and locate those where there is mutual interest.

It’s important to exercise discernment if the app/site they’re using is age-appropriate for your teen.

Tinder is a dating app that lets you browse pictures of potential matches within a certain mile radius of your location.
What parents need to know: Meeting up (and possibly “hooking up”) is pretty much the goal. Many apps have copied this swiping style, so if you see it in another app, it’s best to take a second look.

Bumble is a location-based social and dating application that facilitates communication between interested users. In heterosexual matches, only female users can make the first contact with matched male users, while in same-sex matches either person can send a message first.
What parents need to know: Content will be visible to other users of the App all around the world instantly.

Advertised as a social networking site where kids can make new friends.
What parents need to know: While the app description says there are two separate areas for teens aged 13 to 17 and people aged 18+, there’s no age verification. Also, the age slider to watch live streams goes from 13 to 25, which implies teens and adults can interact via live streaming.

Advertised as the #1 teen dating site in the US, Australia, UK and Canada.
What parents need to know: There are profiles with no pictures, so it’s impossible to tell the user’s agE. A few profiles had references to marijuana use, and many teens shared their handles for other social media platforms, making more personal information available to strangers.

The Skout app and site offer several ways to connect with other users, including “saying hi” via someone’s profile, watching live streams (or going live), chatting with people who have “liked” you back, or using the “Buzz” feature to access a feed of local users (that appears to be a Facebook feed) who are mostly posting selfies.
What parents need to know: In its Safety Tips section, Skout claims to separate teens from adults so they can’t interact, but that no longer seems to be the case. And, like most of the other dating apps here, it’s easy to enter a fake birth date.

A free teen network site and teen chat, social network.
What parents need to know: This teen dating and social networking site offers too many opportunities for unmoderated interaction, including video chat and several (nearly empty) chat rooms. Profiles are visible to anyone who visits the site unless users change their settings to hide them. There are lots of links to chat and dating sites that are geared toward adults.

An app to chat, meet and develop relationships with people nearby.
What parents need to know: Members can earn ‘diamonds’ from this feature (when they host live streams), which they can exchange for Lovoo credits or cash – which may be easy for sexual predators to use to entice children and young people.

Although not a dating app, Houseparty was a face-to-face social network where people could connect with those they care about the most. It has been discontinued but can still be accessed by those who previously downloaded it.
What parents need to know:  Houseparty gives a “stranger danger” warning if an uninvited user sneaks into the chat.