If your child is using social networking sites to chat to friends and family or share their latest selfie, take a look at our list of social media guides to get you up to speed on the most popular platforms and help them set the right privacy settings. 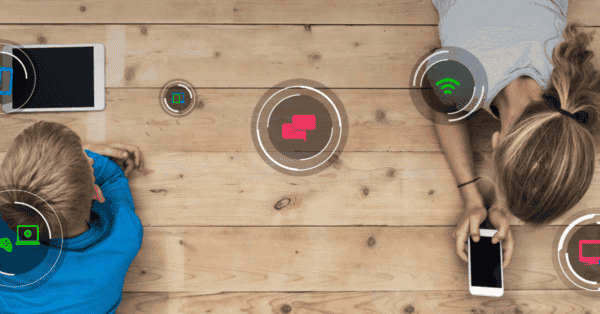 Click on the guides for step-by-step instructions to set controls on popular devices.

Search our step by step guide

In addition to our how-to guides on the most popular apps, you can also find out more about other social apps that children are using. Below we have compiled a list of apps to watch out for and provide a related web link for you to learn more about how to set controls on the app.

Live streaming has captured the imagination of teens around the world but also introduced a number of risks they could be exposed to. See our list of safety guides to get up to speed on the most popular Live streaming apps.

Periscope – Designed by Twitter, Periscope lets you share and experience live video streams from your mobile or tablet device.

Live.me – Live.me is a social platform that allows users to connect with others and earn virtual goods which can be exchanged for prizes, rewards, and cash.

YouNow – The app allows you to comment and like users videos and buy gifts that generate money for the app creator.

If your child is gaming online, they may be using platforms to allow them to chat and communicate with other players or friends. Use the following safety guides to help keep them safe on the most popular social gaming platforms.

Steam – This is one of the most popular social gaming networks that allows you to buy and play games online and store them in the cloud.

Xbox live – Microsoft’s online service for its consoles is called Xbox Live and when you’re signed into the service you can chat to other Xbox Live members and befriend them.

Twitch TV – Twitch.tv is a live streaming social gaming platform that is equipped with a chat feature to allow players to interact with each other and live stream and watch video game competitions.

Roblox – One of the biggest online gaming platforms and features social elements which allows players to talk to each other and send friend requests.

Minecraft – One of the most popular gaming platforms among primary school age children (despite 13 minimum age guide).

PlayStation Network – Allows users to go online and access PlayStation Store content, online gameplay and use the chat function to talk to other players.

Nintendo Network – Nintendo’s consoles are more family-friendly than most and therefore its chat functionality is a lot more geared to safe interaction for younger players.

Some content and sites can be encrypted, which means they’re coded in a way that prevents the controls from knowing what the content actually is, so filters will not necessarily apply. There are also ways of bypassing filters using what’s called a Virtual Private Network (VPN) if your child is technologically savvy enough.

They also don’t usually restrict purchases through apps or the use of certain programmes that are already on the device. You’ll need to consider setting your device controls and platform (such as Chrome or Netflix) controls too.

Here are more resources to help you keep your child safe online.