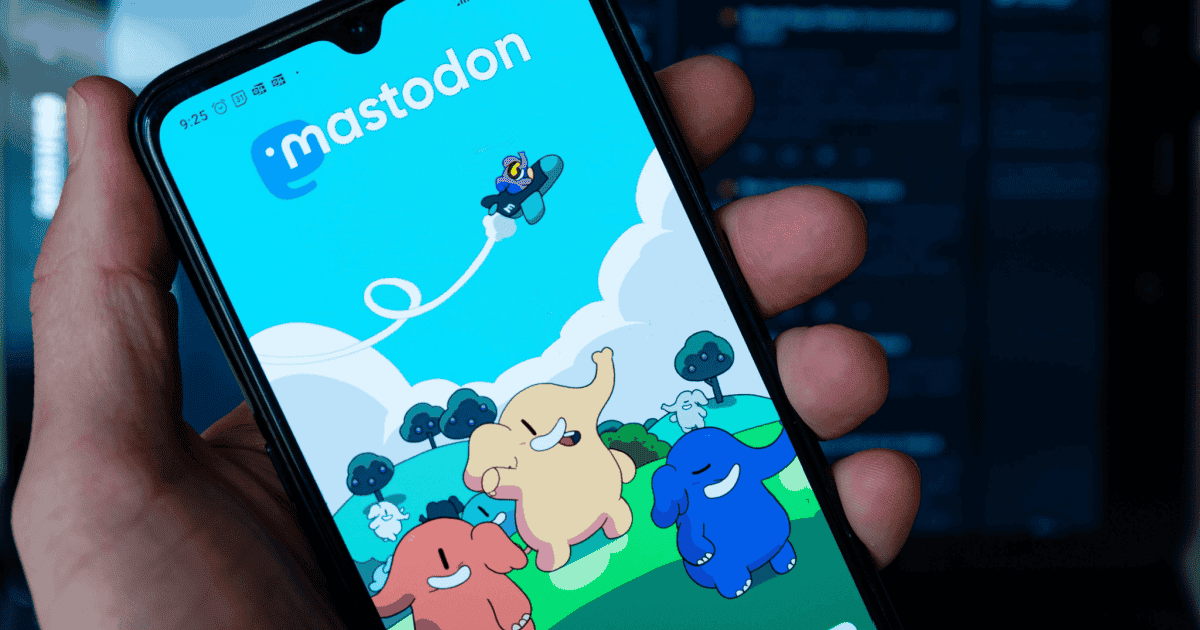 Mastodon is a type of social network that has recently surged in popularity. While it’s more widely used by adults, its popularity may lead children and young people to explore the platform.

Learn about Mastodon to help you make the right choice for your family.

Mastodon is an open source software that has led to a series of alternative social media sites. The social networking sites are hosted on decentralised servers, which means it is not owned by one person or company. The free and open source software was founded in 2016 with stable release in November 2022.

Like Reddit, users can find servers to align with their interests and beliefs. However, its layout resembles Twitter as does the use of hashtags and ‘toots’ (the origial name of Mastodon’s posts).

Mastodon gets its name from the prehistoric mammal of the same name. Branded cartoon imagery of the animal is used across the social media website and app. ‘Toots’ also come from the noise such an animal could make from its trunk.

To join Mastodon, users must choose a server to start with. Some of these servers are private and require you to apply for an invite. Others are accessible without this requirement.

The main Mastodon website suggests different servers that have rules in place against racism, sexism and transphobia. However, other servers are searchable once on one of the servers.

Each server has its own moderators and set of rules for users to follow. While Mastodon has a privacy policy, it only refers to the navigation site from which users browse servers. Otherwise, servers are responsible for setting their own privacy policy. This may differ from one server to the next.

Users can also join multiple servers, which act as their own social media sites. You can redirect one profile to another.

Once joined, you can follow users and talk to people from any Mastodon site through suggestions or searching hashtags. You can also share your own posts. The standard character limit is 500 but some servers may allow more.

Because Mastodon is decentralised, each server sets its own rules. As such, it is not regulated by wider governing bodies.

Some servers include age minimums in their privacy policy. However, Mastodon accounts do not have age verification. As such, these requirements are easy to get around.

Lack of protection for young people

Mastodon is generally popular among adults and especially those in tech industries. While the social network has a few settings to limit sensitive content and who can see your posts, it is not robust.

Risk of grooming, cyberbullying and more

While Mastodon celebrates providing more freedom for its users, this freedom could negatively impact young users. With controversies on other platforms, some users took to Mastodon as a means of speaking more freely. Unfortunately, this sometimes leads to cyberbullying.

Increase in users due to controversy

Because of other social networking controversies, Mastodon saw an increase in popularity. This increase isn’t necessarily bad, but a sudden increase in users may lead to new risks. So, it’s important to stay vigilant.

How to keep young people safe

Most social media networks require its users to be thirteen or old, so it’s a good idea to follow this guideline for Mastodon as well. However, some servers may only be appropriate for adults. As such, it’s important to talk to your teen about their online use.

You may also want to:

What are Mastodon’s preferences and safety settings?

Mastodon offers the following preferences and features to enhance user safety across servers:

Like other social media platforms, Mastodon includes options to block or report users on your server. Simply go to their profile to do so. Note: this can only be done from a server you’re apart of. The option won’t show up otherwise.

When you report user or content, the moderation team reviews this. However, how much content is moderated may change from one server to the next.

Similar to other social networks, users can mute others on Mastodon servers. This keeps you from seeing users in your home feed either through their own posts or through others sharing their content.

Mutes can be set for a certain amount of time. Also, you can choose whether to keep getting notifications from them.

Media marked as sensitive content and posts with content warnings are automatically hidden. Additionally, users can set up filters in Home and lists, Notifications, Public timelines, Conversations and Profiles. These filters include chosen words or phrases you do not want to see in your feed.

When setting up filters, there are two options to consider:

Control who can see you

Like other social networks, you can remain relatively private from other users. You can set up your posting privacy to control who sees your shares — everyone or those who follow you. Another option is to remain ‘unlisted’ so your posts stay hidden from searches as well.

Additionally, you can hide your profile from public searches.

Other alternative social networks to watch

As more people talk about alternative social media apps and platforms, it’s important to keep an eye on new ones that may be similar to Mastodon.

The Hive Social app has increased in popularity. While many of its users may be adults like on Mastodon, its popularity may lead teens to explore it as well. Additionally, its user interface and style is more similar to apps like Instagram that may appeal to younger users. Its messaging around inclusivity may increase this appeal.

Created fairly recently by students in college, younger users may be more likely to sign up to the app. Hive Social allows users to add music to their profile and share their pronouns and astrological signs. The music addition like MySpace once had may also prove exciting to teens.

Hive Social combines elements from other modern social media platforms such as the text and image style of Instagram and polls from Twitter.

Its relatively young age may mean it takes some time for it to become popular. However, if your teen shows interest, make sure they know it’s for those 13 and older. Then, help them make use of the safety features available. These include: How one family uses cryptocurrency to save