Get insight on the reasons why young people may get involved in sexting, what the law says and the impact it can have on their digital wellbeing.

What do I need to know about sexting?

What are the possible consequences of sexting?

How do schools support children on sexting?

What do I need to know about sexting?

There are many reasons why a young person might engage in sexting. Exploring sex and relationships is a natural part of adolescence. Young people often feel that they love and trust their partner and want to express their sexual feelings.

Watch to see what you need to know about sexting to support your child
Display video transcript
“Sexting” is the sending and receiving of sexually explicit photos, messages, and videos, by text, email, or posting on social networking sites.

An increasing number of young people send sext or nudes to friends, partners or even strangers they’ve met online.

According to latest research Six out of 10 teenagers say they have been asked for sexual images or videos.

Young people may start sexting to express their sexual feelings in a relationship, as a joke with friends or, or due to social pressure.

It may be seen as harmless by teens, but it can have a long-lasting impact on their self-esteem.

Sexting can lead to children receiving negative comments though public humiliation, being victims of cyberbullying, or facing legal consequences.

Explicit content can spread very quickly and affect a child’s reputation both now and in the future. It could also affect their education and employment prospects.

When children engage in sexting they’re creating an indecent image of a person under the age of 18 which, even if they take it themselves, is against the law.

Distributing an indecent image of a child is also illegal. It’s very unlikely that a child would be prosecuted for a first offence, but the police may want to investigate.

Sometimes children might feel pressured to either take pictures of themselves or pass on those taken by others. They may want to please a demanding boyfriend or girlfriend, or do what they think everyone else is doing. They may also have even been coerced by an adult or someone they’ve met online.

As children have no control over how and where images and messages spread online, sexting leaves them vulnerable to bullying, humiliation and embarrassment, or even to blackmail.

Learn more about teens’ relationships and dating to help them make good choices.

Resource to learn about sexting How common is it?

Despite what adults believe, young people in our 2020 Cybersurvey told us that sharing nudes is not ‘endemic.’

It is most prevalent among those aged 15 and over, with 17% saying they had shared a nude or sexual photo of themselves. This increases in the mid-teens, from 4% at age 13 to 7% at age 14. The rate then more than doubles between the 14 and 15+ age groups, when around 1 in 6 have sent an image of themselves to someone else. In Ofcom’s report on video-sharing platform regulation from 2022, self-generated sexual material such as sexting or nudes was a significant driver of online harm.

Platforms like OnlyFans and Omegle likely contribute to the spread of self-generated sexual imagery as neither have robust age verification checks in place. Why do teens do it?

Not all teens share nudes. However, those that do are most likely vulnerable, according to the 2020 Cybersurvey. More than 1 in 5 of those with an eating disorder and more than 1 in 4 of those in care are sharing these images.

When young people were asked why they engage in sexting:

38% said they were in a relationship and wanted to, 31% said they did it for fun, 27% said it was because they looked good and 19% said they wanted to see the other person’s reaction

For those young people who have sexted, 78% said they hadn’t faced any consequences, leading them to disbelieve traditional online safety advice. 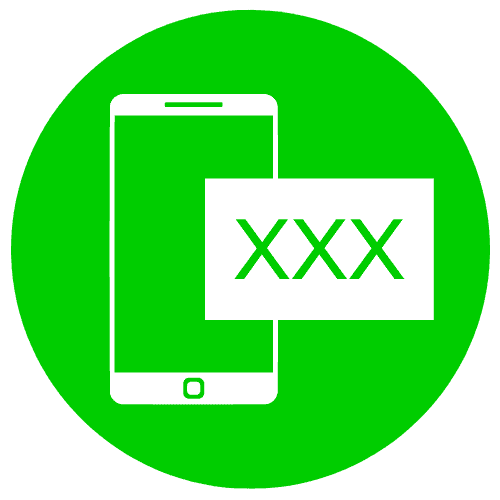 What apps do young people use to sext?

Young people likely make use of popular apps like Whatsapp and Snapchat. However, they may also make use of lesser-known apps like Wink and Swipr or anonymous apps. While some platforms have safeguards in place to disallow sexual imagery, sexting may include inappropriate language as well as images.

Young people may also meet people in these apps and then continue conversations on other platforms.

Prevalence of multiple forms of sexting behavior among youth –  report from JAMA Pediatrics.

What are the possible consequences of sexting?

From our 2020 Cybersurvey, 78% of young people said nothing bad happened after they shared a nude photo. However, although young people may see sexting as a harmless activity by taking, sharing or receiving an image, it can have a long-lasting impact on a child’s self-esteem.

It may cause emotional distress

The sharing of inappropriate content can lead to negative comments and bullying, which can be very upsetting.

Additionally, sharing naked or almost naked pictures of someone is a form of online child-on-child abuse when done between under-18s.

It could affect your child’s reputation

Explicit content can spread very quickly over the internet and affect your child’s reputation. This may result in different treatment at school and in their community both now and in the future. It could also affect their education and employment prospects as online reputation tends to stay around longer.

However, if your child’s nude images end up online, report them to the Internet Watch Foundation to get the removed. Remember that any nude images of under-18s is considered abuse regardless of the context.

Sexting is illegal (for under-18s)

When children engage in sexting they’re creating an indecent image of a person under the age of 18 which, even if they take it themselves, is against the law.

Distributing an indecent image of a child – e.g. sending it via text – is also illegal. It’s very unlikely that a child would be prosecuted for a first offence, but the police might want to investigate.

This short summary from the UKCCIS provides more information about sexting and how schools should respond to it.

FAQ: How do schools support children on sexting?

To support children on this issue schools follow a framework called Education for a Connected World which looks at health, wellbeing and lifestyle. It addresses things like sleep and the pressure that social media can put onto its users. This provides a guide for what children should be able to do and what they should know at different ages and stages.

As part of this, schools talk to children about how to manage their screen time and give them strategies to help such as switching off push notifications when they do homework.

They also might highlight the new technologies that Android and Apple have in-built into their devices to help keep screen time management front of mind.

FAQ: What is sextortion?

Sextortion is a type of blackmail where someone is forced to perform sexual acts online (typically on a web cam), send sexualised pictures of themselves, provide money or other services. It is generally to avoid content of them being shared with their friends or family.

The reasons why people try to extort these images is varied. It could be to get money out of the victim or for sexual pleasure.

Video to share with your teen: Stop Sextortion – a video created by US organisation Thorn aimed at children to raise awareness of the issue

What are parents’ views on sexting?

Research from the NSPCC to explore parents’ knowledge of sexting revealed the following insights:

73% of parents believe that sexting is always harmful.

39% of parents are concerned that their child may become involved in sexting in the future.

42% of parents have spoken to their child about sexting at least once, but 19% do not intend to ever have a conversation about it.