Get insight on how radicalisation can happen and where and how to spot the signs to protect children from extremism. 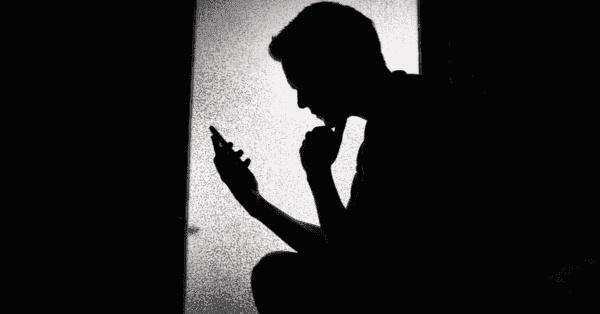 How could my child become radicalised?

Why could social networking be a concern

Spotting the signs of radicalisation

What are schools doing to protect children?

This process can occur online through exposure to and engagement with violent ideological propaganda, or offline through extremist networks. Radicalisation makes those at risk more likely to support terrorism and violent acts of extremism, and possibly even commit such criminal acts themselves.

Individuals referred to and supported through the Prevent Programme – 2019/2020

Visit site
Get advice on what radicalisation is and how to spot the signs
Display video transcript
The online world gives children the opportunity to be exposed to a number of perspectives, some of which are considered an extremist.

As children engage with others online there is the chance that they may meet people who encouraged them to move from supporting moderate mainstream views to extreme ideological ideas that will affect their behaviour – This is the process by which they can become radicalised.

Often young people are targeted by extremist groups through social networks and enticed to continue conversations on networks that make it easier for them to hide their real identity.

Extremists groups take advantage of young people insecurities and often claim to offer answers and a sense of identity that vulnerable young people may be seeking out.

People who encourage young people are not always strangers; they may have met through family or a social gathering. The internet is then a means for further conversations away from others.

Often children don’t realise that their beliefs have been shaped by others, and think that the person is their friend with their best interests at heart.

Here are a number of signs to be aware of that may show that a child has been radicalised:
- A conviction that their religion is under threat
- Displaying intolerant views to people of other races, religions or political beliefs
- The need for identity and belonging
- Being secretive about who they are talking to online
- Possessing electronic devices that you have not given them
- Becoming emotionally volatile More than 1,600 children under the age of 15 were referred to a government anti-terror scheme (PREVENT programme) according to figures

How could my child become radicalised?

Young people may be vulnerable to a range of risks as they pass through adolescence. They may be exposed to new influences and potentially risky behaviours, influence from peers, influence from older people, or the internet as they may begin to explore ideas and issues around their identity.

There is no single driver of radicalisation, nor is there a single journey to becoming radicalised. The internet creates more opportunities to become radicalised, since it’s a worldwide 24/7 medium that allows you to find and meet people who share and will reinforce your opinions. Research tells us that the internet and face-to-face communications work in tandem, with online activity allowing a continuous dialogue to take place.

Why could social networking be a concern?

Your child may actively search for content that is considered radical, or they could be persuaded to do so by others. Social media sites, like Facebook, Ask FM, and Twitter, can be used by extremists looking to identify, target, and contact young people. It’s easy to pretend to be someone else on the internet, so children can sometimes end up having conversations with people whose real identities they may not know, and who may encourage them to embrace extreme views and beliefs.

Often children will be asked to continue discussions, not via mainstream social media, but via platforms, such as Omegle. Moving the conversation to less mainstream platforms can give users a greater degree of anonymity and can be less easy to monitor.

People who encourage young people to do this are not always strangers. In many situations, they may already have met them, through their family or social activities, and then use the internet to build rapport with them. Sometimes children don’t realise that their beliefs have been shaped by others, and think that the person is their friend, mentor, boyfriend, or girlfriend and has their best interests at heart.

What are the signs I should look out for?

There are a number of signs to be aware of (although a lot of them are quite common among teens). Generally, parents should look out for increased instances of:

If you’re worried about someone being radicalised. See the following articles to learn more about how to spot the signs and when your child might at risks.

Expert article: How do I know if my child is vulnerable to radicalisation online

Experts give practical advice on how to recognise signs that your child might be at risk of being radicalised and what you can do to support them.

What are schools doing to protect children?

In 2015 the Counter-Terrorism and Security Act placed legal responsibility upon schools to “prevent people from being drawn into terrorism.” A telephone helpline has been put into place for teachers, governors, and other staff to raise concerns directly with the Department for Education. Teachers will assess the risk of pupils being drawn into extremist ideologies.

The counter-terrorism requirements also include warnings against extremism, and staff in schools have received training to identify children at risk and “to challenge extremist ideas.” Schools are also required to ensure that pupils do not access extremist material online. Nevertheless, it is important to protect children from extremism in the home, too, and ensure that they feel they are surrounded by trusted adults who they can speak to an approach in the event of a dangerous situation.

Learn more about how the Prevent and the Channel strategy works.

What is the prevent strategy?

Protecting students from the risk of radicalisation is part of schools’ overall safeguarding responsibilities.  Read more

‘Channel is a voluntary, confidential program that safeguards people identified as vulnerable to being drawn into terrorism. It is a multi-agency process, involving partners from the local authority, the police, education, health providers and others.’ Read more.

Educate Against Hate – What are the warning signs of Radicalisation? Learn more about signs of radicalisation