What is the best way to encourage young people to understand consent when it comes to sharing videos, memes, and images online? Antonia shares her experience and tips that have helped her support her teenaged daughters.

Like most girls their age, Antonia’s daughters are keen users of technology. Each girl has a phone, which they use for Snapchat and Instagram.

Antonia believes consent and respect should be at the heart of her children’s use of mobile technology. “Ultimately, it’s a matter of child protection,” she says. “We’ve always been very clear with our daughters about the fact that images are hard to control once they are posted to social media, and how inappropriate images can have a potentially catastrophic effect on someone’s life.”

News stories around consent and sharing of images can be a useful prompt to start conversations, says Antonia. But ultimately the rules are simple. “If you wouldn’t hang a photo of it on our front door, it won’t be appropriate to share with the Internet or anyone else.”

Thankfully the girls’ schools have been very proactive in talking to the children about the importance of sharing images responsibly, and always asking permission from someone before posting an image or personal information about them. Despite this, Antonia confesses that she still worries about the girls’ safety. “I do worry that my children, like anyone, might be persuaded to give consent in a certain situation, only to regret it later,” she says.

Advice to parents: Have a conversation

Antonia’s advice for parents is to start the conversation about consent early and keep the language you use age-appropriate. “You have to simplify the language you use for younger children, but I think honesty and openness is the best policy. Our children need to be well equipped to deal with the challenges of modern technology.”

Antonia’s eldest daughter had her first mobile phone when she turned 11. At this time, the conversations were very much about not accepting friend requests from strangers, and not posting too many selfies. As Elena has grown older, that conversation has evolved. “Now, we are forced to discuss social media and the issue of consent in more sexual terms,” says Antonia. “I’ve also observed it’s something that seems to be affecting children earlier than perhaps five years ago.”

Dealing with the issue of sharing nudes

For example, the issue of sexting and sharing nude photos has come up several times within the local school community, Antonia says. “I have to be just as clear with the 11-year-old as the 15-year-old because I know it’s being discussed in school. I’d rather they get a clear message from me, and not their friends.”

Another issue that the girls have experienced has been sharing of memes and videos. “There have been a few occasions where we’ve seen videos of someone drunk, falling over, or wearing a dodgy outfit,” says Antonia. “In that case, we’ve discussed the unfairness of that content, and whether consent would have been given. We explain that anything like that can affect your mental health, work prospects, and even relationships. It’s a big concern for us as parents.”

Antonia and her husband regularly chat to the girls about consent, and at the moment feel quite confident. “The girls trust their friends not to post photographs of them they don’t like,” she says. “They also feel confident to ask for them to be taken down if they hate it. They’re conscious of the issue, but not concerned.”

Talking about the positive use of technology

This attitude reassures Antonia, who wants the girls to have a positive view of technology. “It’s so much a part of the fabric of everyday life, I don’t think we can scare children out of using smartphones and social media. We just have to do our best to set clear boundaries, and educate them well.”

Antonia’s top tips would be to use clear language with children and give examples of what is and isn’t appropriate. “Ultimately, just let them know they can and must talk to you if it all goes wrong.” Antonia is a full-time working Mum. She blogs at tinkertailor.online and lives in North London with her husband and three daughters, Elena (15), Izzy (13) and Maia (11). 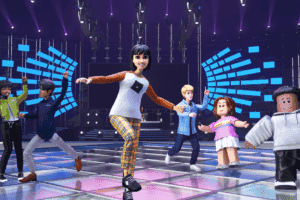