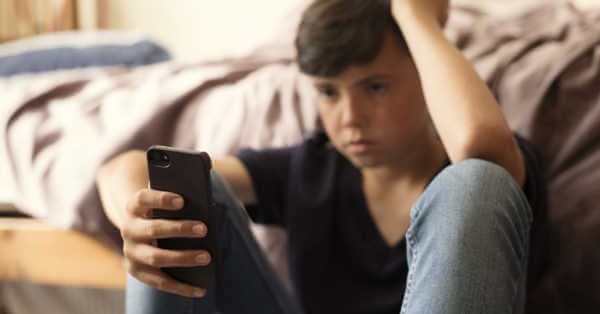 70% RANK ONLINE BULLYING OVER BODY IMAGE AS THEIR BIGGEST CONCERN

UK, May 22, 2016. Not-for-profit organisation Internet Matters launches a campaign today urging parents to pledge to talk with their children about cyberbullying – with new research showing one-in-five children have been subjected to cruel comments online.

In a survey of 2,000 parents of children aged between nine and 16, nearly seven out of 10 (68%) said their top concern on the issue was their children being targeted over their physical appearance, followed by popularity (52%) and sexism (26%).

The survey found 10% more boys had been bullied over their body image than girls (17.4% versus 15.7%) – reinforcing that boys are under just as much pressure to look good online.

Meanwhile the average age the child began to be bullied over their physical appearance was just 11.

Overall, 65% of parents said they were most concerned about their children being bullied via social media compared to 46% face-to-face.

Internet Matters is hoping the figures will encourage parents in starting a conversation with their children about cyberbullying, as part of its hard-hitting cyberbullying campaign launched today [LINK], supported by psychologist Dr Linda Papadopoulos.

It has been launched to coincide with the national school half-term period – with most children breaking up this Friday – when parents can make time to learn about the issues and engage their children.

Psychologist Dr. Linda Papadopoulos, an ambassador for the campaign, said that victims of cyberbullying can find it hard to open up to their parents.

She said: “Cyberbullying is challenging much of the accepted wisdom when it comes to how people think children interact with each other. The findings of this survey show that when it comes to body image and issues relating to physical appearance, boys can be just as much of a target as girls, who may have previously been thought to be more image conscious. Findings such as these restate the need for parents to engage with their children on the issue of cyberbullying, which can often go on out of sight of adults.

“Sometimes children don’t want to talk about what is happening to them online. They may feel helpless or worry their parents will take away their phones or ban them from using tech. But it’s vital that parents learn how to engage with their children in a positive and reassuring way to open a dialogue channel which youngsters can feel reassured, not intimidated by.”

Lisa is a parent whose 12-year-old daughter Lily began self-harming and eventually attempted suicide after being cyberbullied for two years.

She said: “I now check Lily’s phone on a nightly basis, and ensure that any potentially derogatory messages are quickly dealt with. My biggest regret is not pushing Lily to talk openly with us, and that we left her unsupervised on the Internet. I think it’s essential that we do everything we can to educate parents and caregivers. Our children can’t always talk to us, so it’s important that parents know the signs to look out for, and what steps we can take to keep our children safe.”

Internet Matters has worked with leading experts to create conversation guides for parents, and with help from the Anti-Bullying Alliance has brought together comprehensive new information, guidance and resources for parents on its website, available at www.internetmatters.org/issues/cyberbullying/

The website offers help on how to protect children from cyberbullying, by learning how it might affect them and, in particular, the signs to watch out for. There is advice on how to talk about cyberbullying with your child, technical tools you can use to help manage any potential risks and cyberbullying terms to look out for [see below].

Carolyn Bunting, General Manager of Internet Matters, said: “The summer half term provides a good chance for parents to spend more time with their children at home.

“Many children will want to keep in touch with friends using their mobile devices and social media, which is why it’s important for parents and carers to take this chance to talk to their kids about acceptable behaviours online.

“Connecting with friends on social media and online is a positive and empowering thing for a child, but they should feel comfortable talking to their parents, teachers or other trusted adult when that online chat crosses the line and becomes cruel or abusive.

“We have worked with leading bullying experts to produce advice with resources to help parents understand the issues and steps they can take.”