What is the ZEPETO app? — What parents need to know 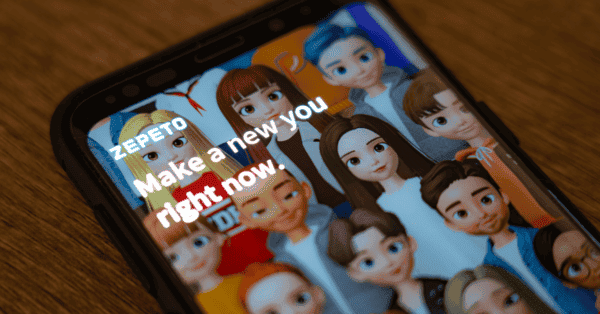 Through the use of avatars, the ZEPETO app lets users connect with friends and others all over the world, but is it safe?

Learn about the benefits and risks to support your teen’s safe use of ZEPETO.

The ZEPETO app is a South Korean mobile chat app where users create and interact as 3D avatars in different worlds. Some of these worlds are chat-based while others are game-based, and users can decide on whether these worlds are public or for friends only. With similarities in interaction to platforms like Roblox and Minecraft, ZEPETO has taken steps into the metaverse.

When users download the app, they choose an avatar and are then asked for their birthdate before they can continue. Anyone younger than 13 is denied access to the app.

Users are then asked to create an account either with email or a mobile number to start playing. However, they can access most parts of ZEPETO without giving this information.

To start, users choose from a selection of in-game avatars that they can then customise. If they wish to create a new avatar, they can. However, they must delete their first one. To own multiple avatars or characters at once, users must purchase additional avatars for real-world currency.

New avatars are created from scratch or are based on the user’s photo. If users go this route, they will be asked to take a selfie or upload a photo of their face.

In-game items including clothes for their character can be bought using ZEPETO’s currencies, coins and ZEMs. Items created by other users are sold for ZEMs, and if users sort through items priced low to high, all ZEM items will be listed first. However, ZEMs are more difficult to come by than coins.

A user can earn both from daily logins and completing tasks, but they are more likely to earn coins. This can mean that users may feel pressured to purchase ZEMs with real-world currency so they can get the items they want most.

On users’ main screen, there is a ‘Join Now’ button that allows them to join a virtual chat group. This world or chat room connects with people all over the world though has a limited amount of people who can join at one time.

Players can then interact with the world and people in it, and may have activities they can complete as a part of a quest or missions to earn coins.

Other worlds include games that may be user created and can be played with anyone in-app.

ZEPETO users can interact with friends they know as well as strangers. They can do so through different worlds or local messaging.

When users join worlds, they are asked to join with audio and can communicate through microphone or text. In these worlds, users can take selfies and photos with other avatars, and they can tag others whether they know them or not.

An additional option is for users to join ‘crews’. These are themed groups that might be for a particular fandom or interest. Instead of interacting as avatars in a virtual space, a crew’s space is more like a chat room. Some of these crews have concerning names or themes like ‘hot ppl’, ‘girl friend?’ and ‘truth or dare’.

ZEPETO has a lot of opportunity for creators to develop fashion and items through ZEPETO Studio. They can then sell these creations for in-game currency, which can be exchanged for real-world currency. The ZEPETO team reviews these items before they are added to the store.

ZEPETO Built It! is an alternative for creators who wish to build their own world for players to use. Users can create games or maps for people to meet within. These cannot be sold or exchanged for currency. Some worlds may be based on popular culture.

According to ZEPETO’s terms and conditions, users must be 13 or older to use the app to stay safe. When starting the app, users are asked for their birthdate. If they are too young, they will not be allowed access to the app.

There is disagreement about the age requirement, however. On the Google Play store, the app’s PEGI rating is ages 3 and up while the Apple store indicates 12+. Common Sense Media suggests 16 and older. Still, some parents believe it is inappropriate for anyone under 18.

What are the parental controls for ZEPETO?

In user settings under ‘Personal information and content’, users can set different permissions for their account. These include options for who can message your child or see their posts. Users can also toggle who can see their followers or online status, or who can tag them in posts. These settings are automatically set to ‘All’.

ZEPETO does not have additional parental controls.

Benefits of the app

Teens may like ZEPETO because of the ability to customise their avatars in whatever way they like. Collaborations with big brands, artists and entertainment mean that there are just as many options for BTS lovers as there are for fans of anime for character customisation.

There are plenty of options to chat with people from all over the world that users might not otherwise speak to. They can find those with similar interests and create friendships without having to share any personal information like a real name or profile image.

Users who are more creative have the opportunity to learn about in-game design and development tools with ZEPETO Studio and Built It! They are also able to fully express themselves through their avatar.

Its immersive and interactive platform means that it’s engaging and fun for teens.

Many parents question whether ZEPETO is safe because of various news reports. Here are some of the biggest concerns:

Daily giveaways encourage users to logon every day to get more coins, ZEMs and items for free. This may increase teen’s screen time if they feel they need to logon to avoid missing out.

As users customise their avatar, they need to spend coins and ZEMs. If they run out of in-game currency, they may not feel like they can wait for their daily coins and will instead try to purchase more. 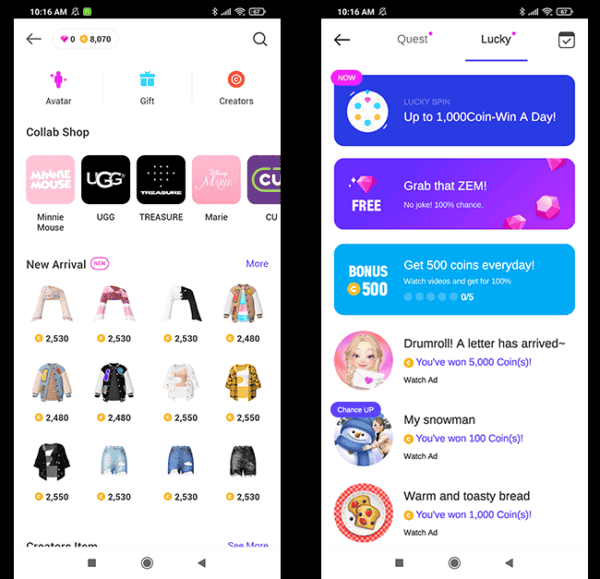 There have been multiple reports of users hearing breathing or static through voice communication, which have frightened users. However, ZEPETO insists that this is from users leaving their microphones on without realising. Additionally, there have been reports of young users receiving sexually suggestive messages from strangers.

Because users can create their own worlds and games, a lot of the content is based on popular culture that might not be appropriate for their age. For example, there is a popular game based on Squid Game. However, Squid Game is intended for older teens rather than 13-year-olds. While the games and worlds themselves don’t include violent or explicit imagery, it may encourage users to explore the source material.

As a part of ZEPETO, some companies like UGG and Disney have collaborated with the platform to create different fashions and items. Additionally, ZEPETO has its own influencers who gain popularity through their creations. Their status may encourage young people to interact in ways they promote.

How to keep teens safe on ZEPETO