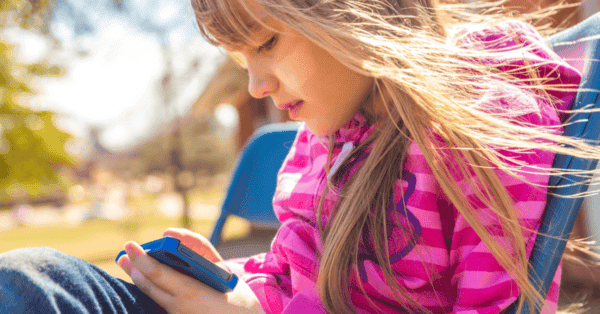 As children spend more time interacting with each other online, it’s important to help them recognise behaviours that can spread harmful content. Mum Beth shares her family’s personal experience about online hate.

Beth’s children had learned about online hate at school, but it wasn’t until it hit close to home that the family really talked about the issue.

Talking to her children about online hate

“We had many leaflets sent home from school, but as the children got older, they started to experience the negative side of social media,” says Beth. “My son, in particular, was receiving a series of unkind messages from people at school.”

Beth’s approach was to speak directly to her son, explaining that these messages were not acceptable. “Just because people don’t say something to your face, doesn’t mean those words are okay,” she says. “It’s not banter, and words can have a real effect on people.”

The family agreed that in future the children should immediately let an adult know if they received abusive messages, and to report any online hate they see directed at others. “I’ve told him that he can tell any adult he trusts, but the important thing is that it’s an open dialogue, and never ignored.”

Beth’s son’s experience started with messages sent by girls at school, calling him names. “As it progressed to hateful language and profanities, I decided to speak to the teacher, as I didn’t know the parents,” says Beth.

Although Beth’s son wasn’t overly distressed by the message, Beth feels strongly that the issue shouldn’t be ignored. “This generation can often feel there’s no escape if they see people all day and then get messages at home. Being open, and increasing children’s security settings, is essential in protecting kids from online hate.”

While Beth’s children are allowed social media accounts, Beth and her husband insist on private accounts, with all security settings enabled. On platforms like TikTok and Instagram, filters can be used to remove offensive language. “We also removed those people from his friend’s list and talked about how he needs to be responsible for the content he shares,” says Beth. “Once, he put up a jokey message about a lad in his class, but I pointed out that he might not see it that way. My son agreed and removed the content.”

Beth believes that parents are often not aware of how their children are talking online and that online hate towards young people often comes from other young people. It’s also important to educate children on what to do when they see hate from older Internet users, adds Beth. “In recent weeks there has been a real culture of “calling people out” for racism and hate bullying online, so it shows children the real-life consequences of not thinking about what you post,” she says. “But I wonder if it becomes a vicious circle of people being bullied for bullying someone else, so we don’t get anywhere.”

The situation would be easier if the official reporting channels were easier to use and more stringent, says Beth. “At the moment, the pressure is on us to fence that content out, rather than being able to remove it from a platform.

As a parent, stopping online hate really starts at home, Beth says. “It’s teaching children not to hate, to choose their words carefully, and think about the impact those words can have. Words are so powerful and can really cause enormous distress and hurt.”

Additionally, children need to be aware that online hate can follow them for years to come, adds Beth. “The online world has a habit of coming back to haunt you, so kids need to be aware of the long-term impact and how long those screenshots might be around!”

Beth is a 34-year-old who lives in the Midlands with her husband, 10-year-old son and 6-year-old twin daughters. She writes the blog Twinderelmo.co.uk which was established in 2013.